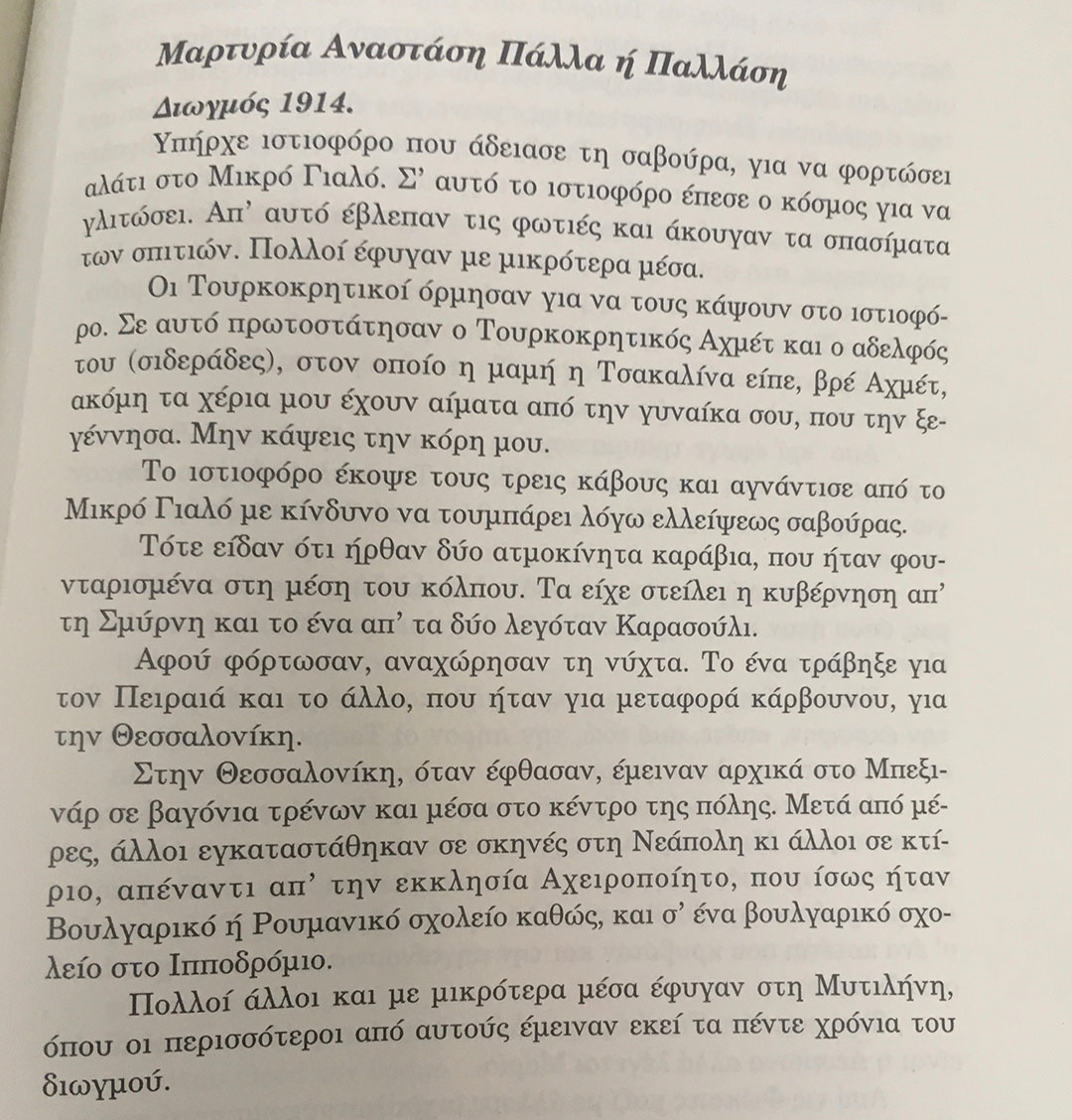 There was a yawl which had got rid of its ballast in order to load salt in Mikros Yialos [Küçük Deniz]. People jumped towards the boat, to save themselves. You could see the fires burning and hear the braking of windows from the boat. Other managed to flee on much smaller vessels.

The Giritlis (Turks from Crete) rushed to the yawl to burn people alive. Their leader was Giritli Ahmet and his brother (both iron workers), to whom Tsakalos’ wife –who was a midwife– said: Ahmet, my hands are still red from having helped your wife give birth. Do not burn my daughter alive.

The yawl managed to cut its ropes loose and left Mikros Yialos, risking to turn overboard, as it had no ballast.

Then people saw two steam boats, that had been waiting further out to sea, arriving. The government had sent them from Smyrna. One of them was called Karasouli.

They took people on and left in the middle of the night. One went to Piraeus, the other –which normally transported coal– for Thessaloniki.

In Thessaloniki, when they arrived, the Phocaean stayed first in an area called Bexinar [Beş Pınar], inside train wagons; then in the centre of the town. After some days, some were given tents to stay in in Neapolis and other were directed to a building right opposite the Aheiropoiitos Church, which might have been a Bulgarian or Romanian school, and to a Bulgarian school by the Byzantine Hippodrome.

Others still, especially those on smaller boats, left for Mytilene, where most stayed for all of the five years of the persecution.