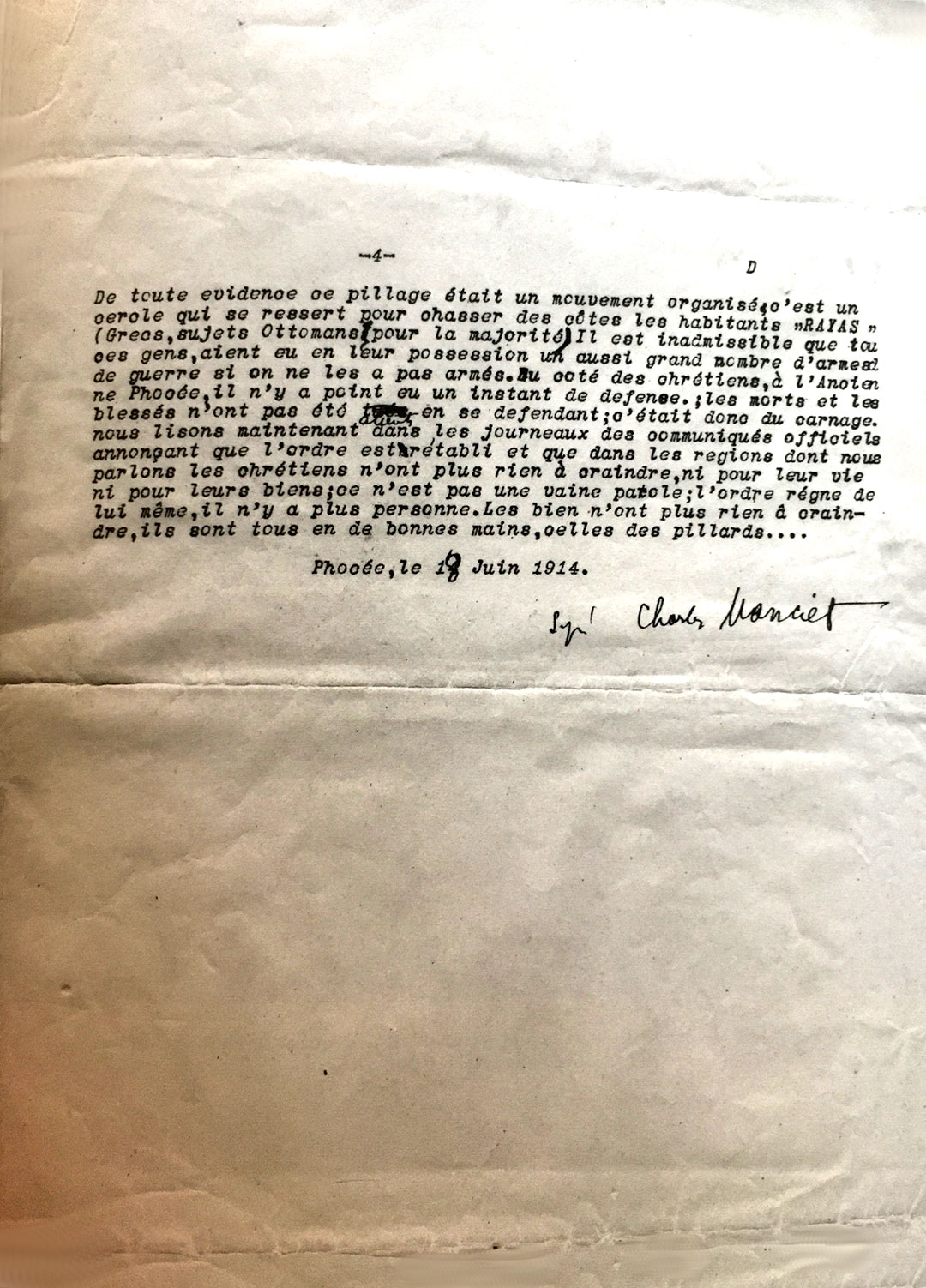 All evidence points to the fact that this pillaging was an organised movement: it’s tightening circle, whose goal is to drive out from the coast all the rayas (the Greek Ottoman subjects mostly). It’s impossible to believe that all these men would have had in their possession so many weapons had no one armed them. From the side of the Christians there was at no point any defence shown. The dead and the wounded were not attacked because they were defending themselves. It was, thus, a carnage. We are now reading in the newspapers the official press releases announcing that order has been re-established and that in the areas of which we’re talking, the Christians are not to be afraid, not for their lives or for their possessions. It’s not a vain pronouncement, the order does reign. But there’s no one left. And the goods, they have nothing to fear either: they are all in good hands, those of the looters…