On 17, Zoodohou Pigis St. there’s a little tavern painted green and it’s called The Green Tavern. It’s owned by a middle-aged Phocaean, G. Servendopoulos. I’ve been around many times and talked to him abou the Centre. He’s the one who gave me Mr. A. Haranis’ address, they were compatriots. I learnt that Haranis is writing a book about Old Phocaea. I thought Servendopoulos and Haranis were from Old Phocaea, but when the time came to get the interview, they turned out both to be from a village close to Old Phocaea called Gerenköy. I liked that because we don’t have many informants from the villages. We spoke of all things concerning geographic location. The informant told me to come back and ask whatever I want again. I said goodbye and left. I must admit I did not feel well in there, it took great patience. 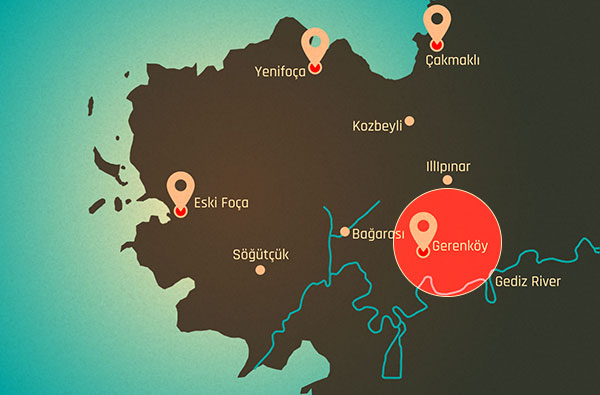